We are currently serving Bridges to Independence in Arlington, Virginia, and Homestretch in Falls Church, Virginia. Both of these non-profits offer temporary housing to families and children in need, many of whom are victims of human trafficking and domestic violence. 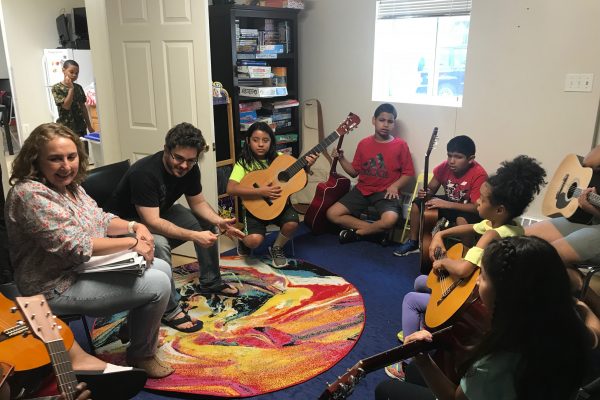 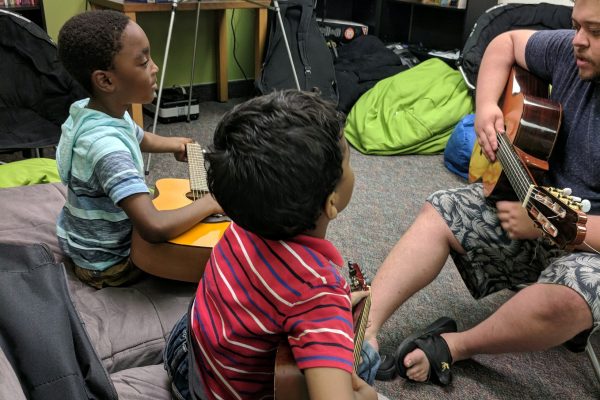 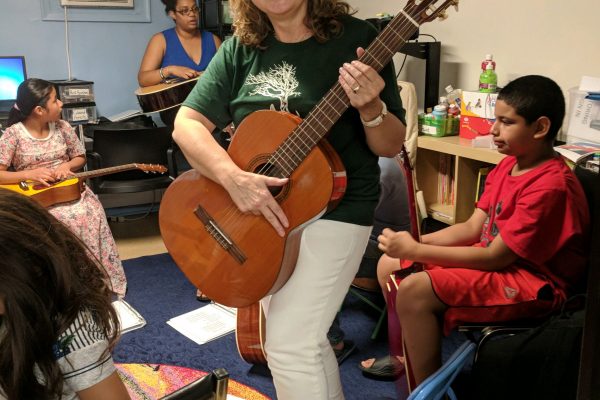 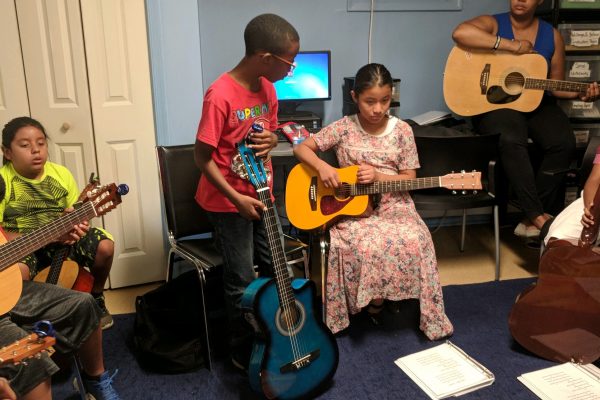 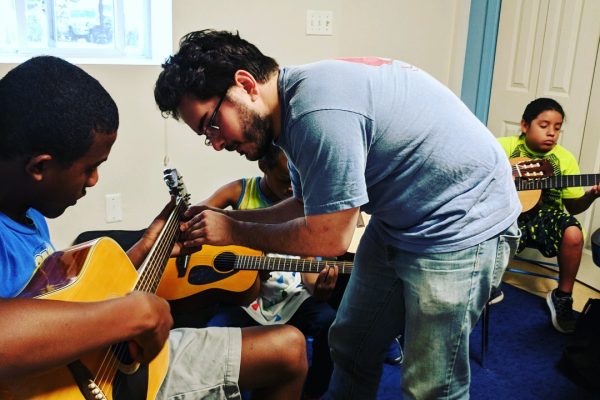 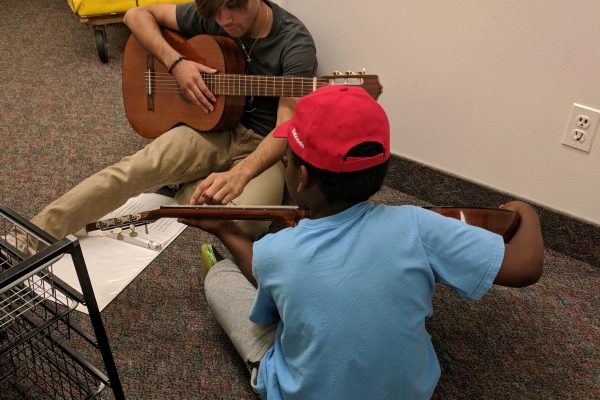 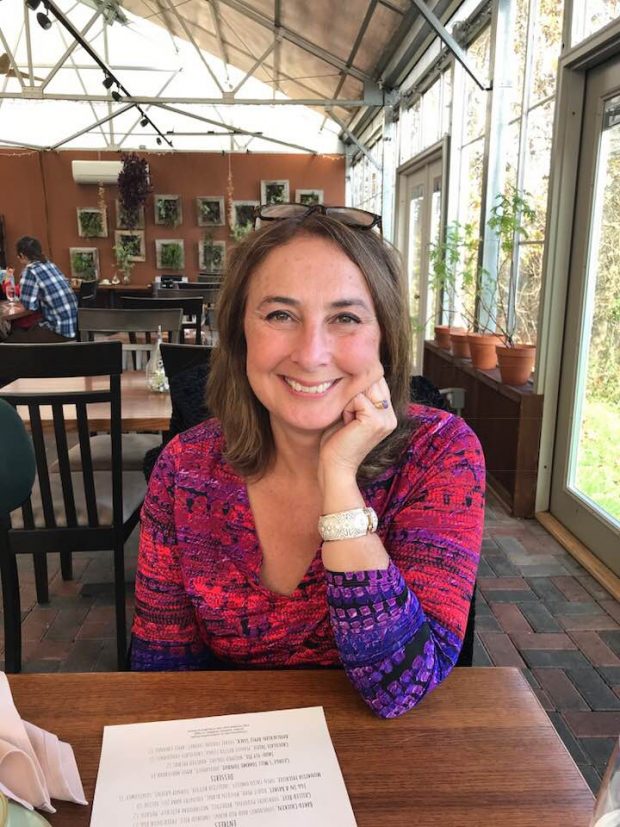 Louise was born and raised in England, the oldest daughter with five younger brothers. She picked up the guitar when she was 11 years old and taught herself to play using a Simon and Garfunkel Greatest Hits book! Louise was in a small girlband as a teenager and also sang with a keyboard player and performed around the south of England and Dubai. Louise came to the States when she 19 years old and after raising her kids, started teaching Early Childhood Music at Levine School of Music and local pre schools. From 2000-2007 Louise opened her own music school called Songcatchers, and added piano and guitar instruction for teenagers who wanted to learn how to play (no note reading necessary!)

Currently, Louise owns a real estate brokerage in Falls Church and she can sometimes be found performing at local wineries with her husband’s band, Acoustic Soul. 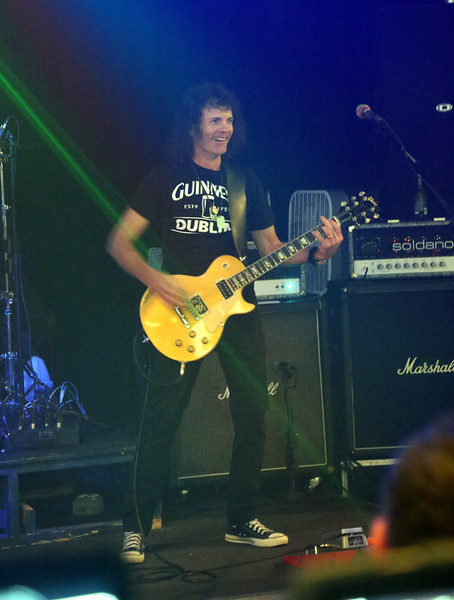 Allen has played guitar for over forty years. He recalls being a curious 8-year-old who took notice of his teenage neighbors playing guitar and bass while trying to emulate Led Zeppelin, Grand Funk, and The Who. This was all it took for his passion of guitars to become ignited; however, he wouldn’t pick up a guitar of his own until he was 15. From then to now, playing guitar has been a central component of his life.

Being a guitar enthusiast at 15, Allen found likeminded friends to start a band. His band began playing at school dances and winning Battle of the Bands competitions. When they turned 18 they started playing at local clubs and carving out their niche in the local Northern Virginia music scene.

Allen’s favorite style of guitar is Rock, Bluesy Hard Rock, and Blues. His guitar heroes include Gary Moore, John Sykes, and Zakk Wylde, but Jimmy Page of Led Zeppelin has been his top influencer. Allen’s preferred guitar is a Gibson Les Paul that is hooked up to a Marshall or Soldano amp. 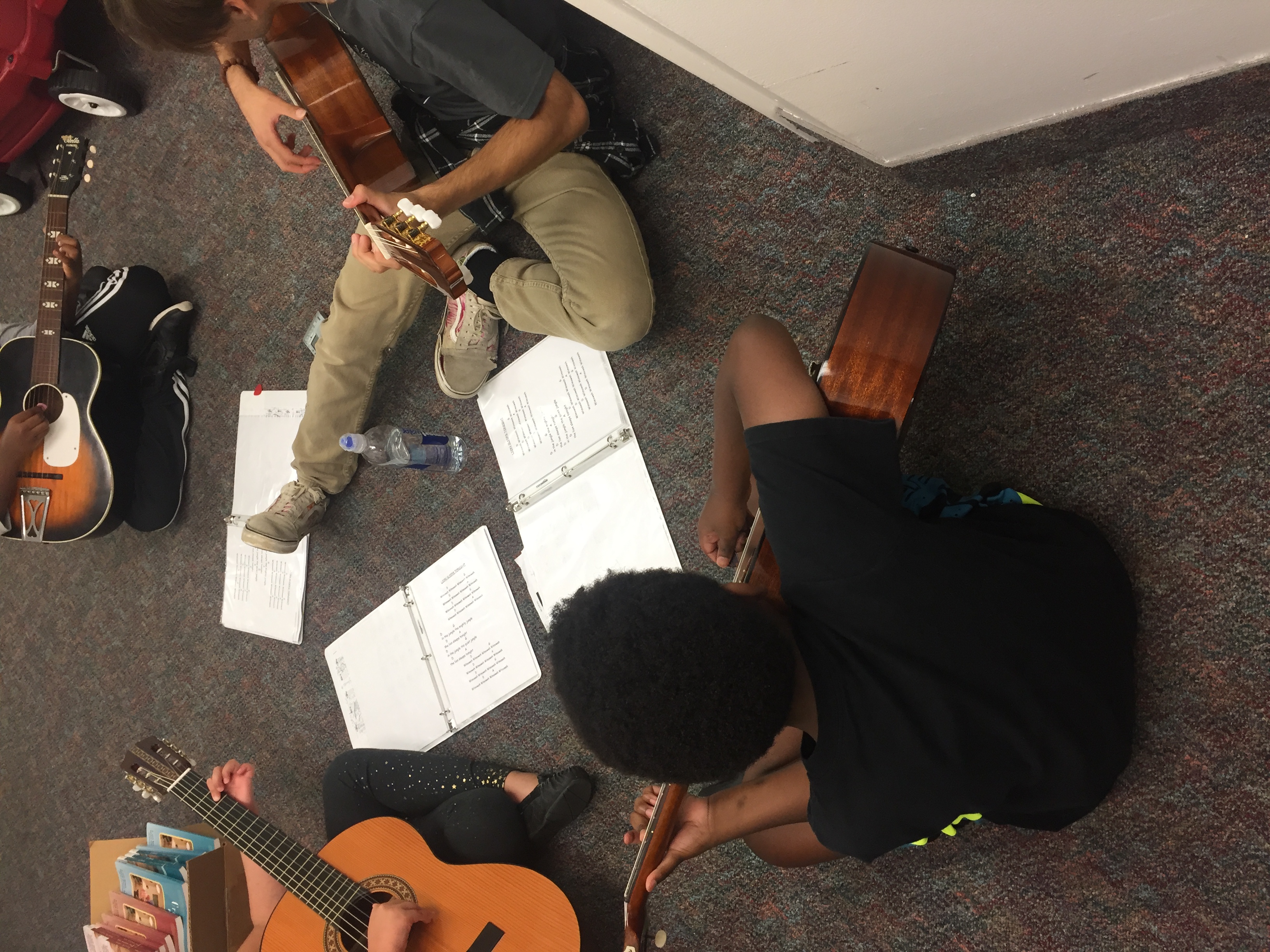 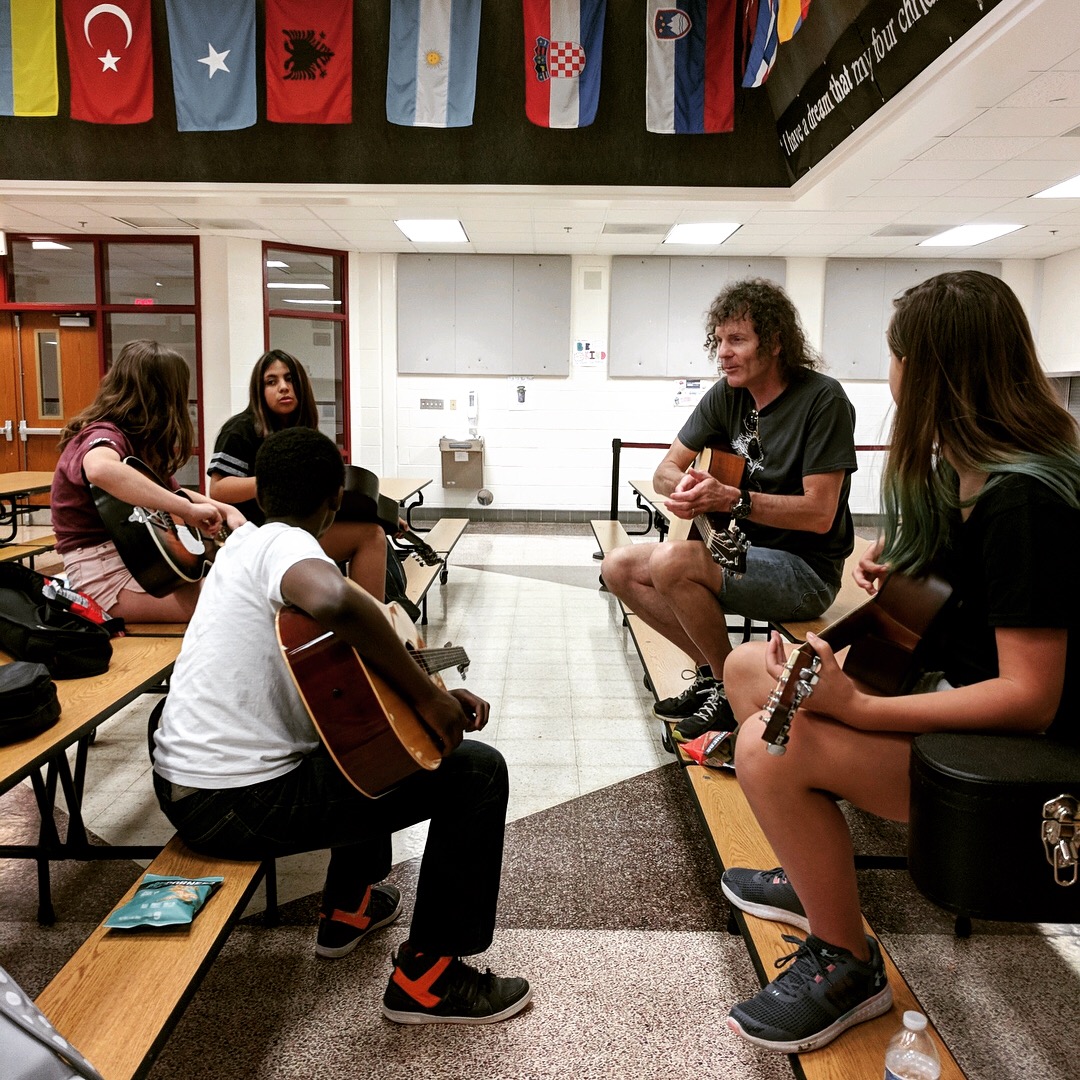 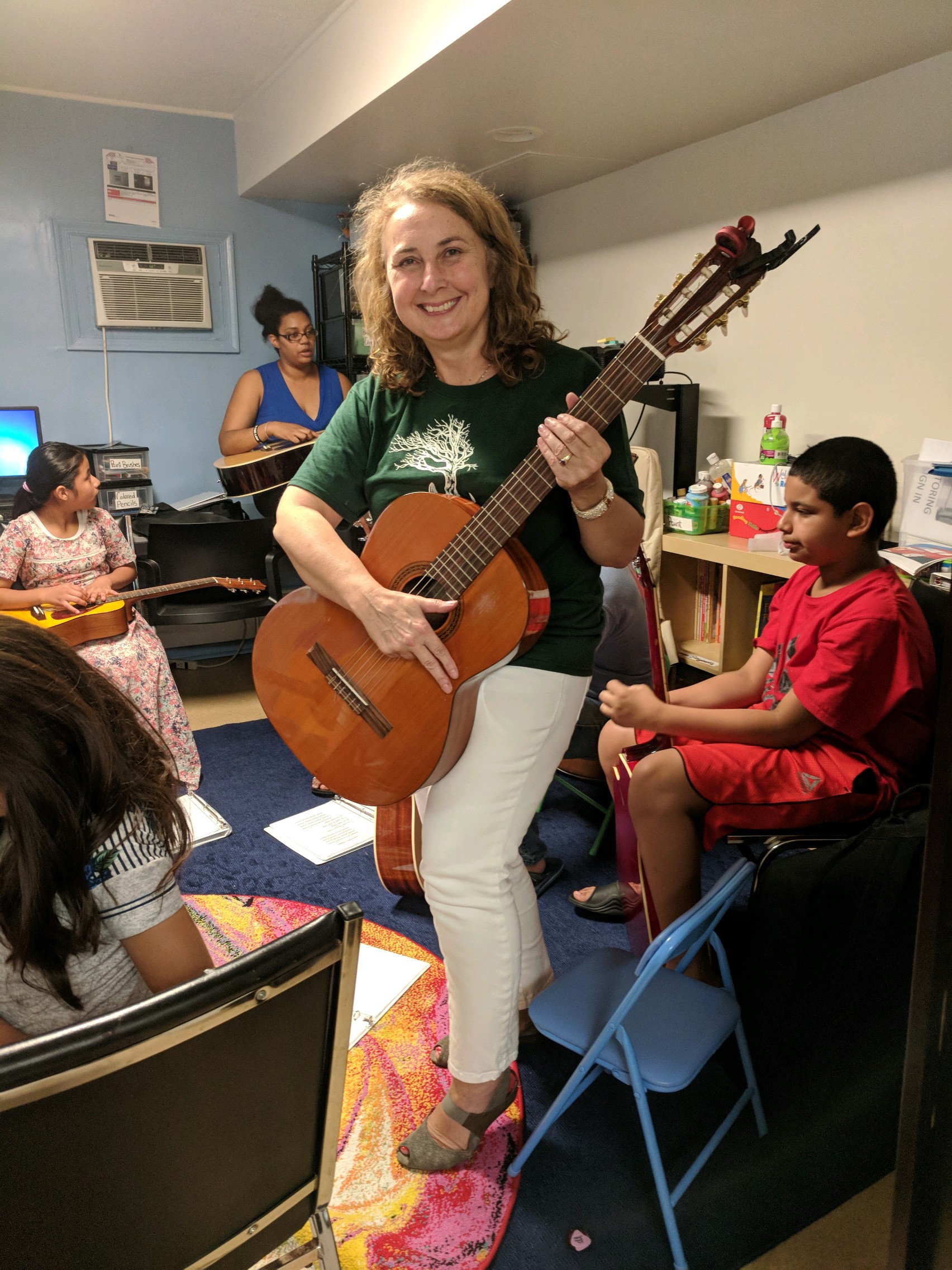 We are seeking experienced acoustic guitar instructors for group classes. Give the gift of music to a child.

Apply Now
Load More...
Did you find apk for android? You can find new Free Android Games and apps.

The Witt Black Music Foundation is a 501(c)(3) charitable organization.

Click here to assign a widget to this area.